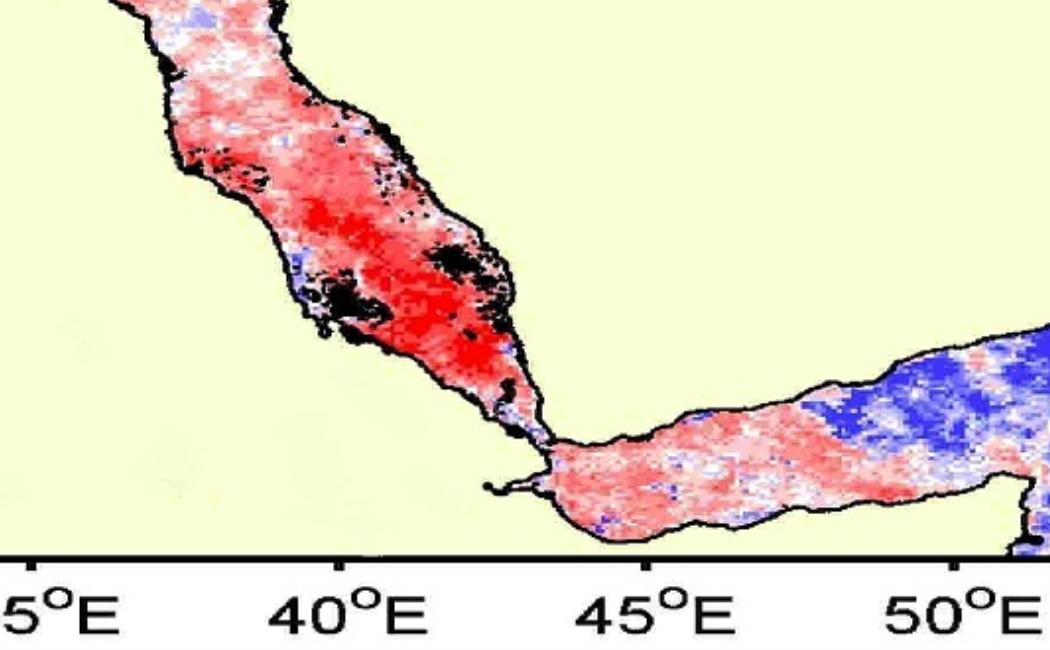 Investigation of the Red Sea ecosystem shows surprising effects of warming on tropical oceans. It reveals an unexpected increase in fertility that is regulated by the intensity of winter monsoons. “Our results illustrate how regional biological phenomena can be controlled by Earth system processes at global scale,” says Ibrahim Hoteit from KAUST.

The Red Sea is one of the warmest and most saline environments on Earth. A global warming trend means tropical oceans are generally expected to become more saline and less fertile, with reduced phytoplankton growth and consequent effects on the marine life.

But the recent study shows that winter Arabian monsoon directs nutrient-rich surface waters from the Arabian Sea into the Red Sea, making this ecosystem more fertile. The finding is important for understanding changes in the Red Sea in fish productivity and coral reefs, which are major economic assets for surrounding nations.

Hoteit and his co-workers at KAUST, together with collaborators in the UK and Greece, used satellite-based surveys of chlorophyll levels as an indication of the fertility in the Red Sea. “The results were surprising, with the winter levels of phytoplankton at times increasing by 75 percent between 1998 and 2010,” said former KAUST researcher Dionysios Raitsos, who is now based in the UK.

The greatest increases coincided with the global El Niño phenomenon, which is driven by a band of warm water that develops for several months in the central and east-central equatorial Pacific at between two and seven year intervals. This oceanic system oscillates between the warming El Niño phase and a corresponding cooling phase called La Niña. The frequency of the oscillation is predicted to increase due to global warming.

The team investigated the link between El Niño and more local variations in the wind direction, and therefore the inflow of waters from the Arabian Sea into the Red Sea, during the winter monsoon season. The analysis of wind speed and water transport clearly showed a stronger water inflow into the Red Sea during an El Niño phase.

Most significantly, however, the data revealed a synergy between the monsoon seasons and the more general climate in regulating Red Sea fertility, with wind speed and direction playing a key role.

Hoteit says that detecting this phenomenon raises the possibility that warmer climate conditions could make the Red Sea more productive, in contrast to a broader trend in lower productivity for tropical seas.