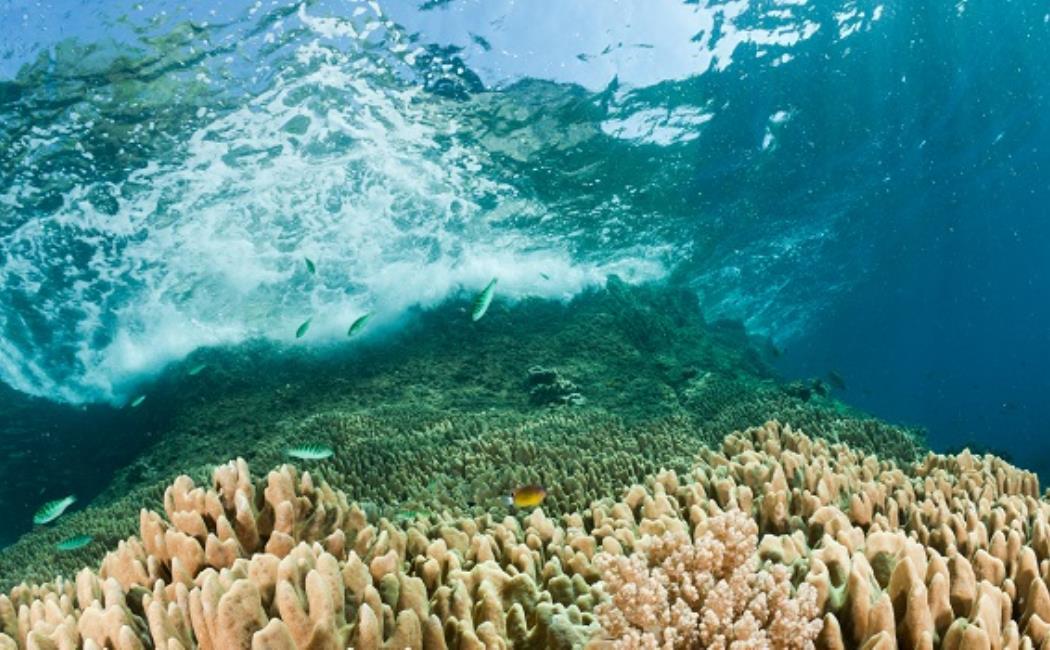 KAUST researchers investigate the role of coral reefs in modulating the wave climate of the reef-sheltered shores of the Red Sea. © 2020 KAUST

“Our original task was to model the maximum wave heights to set the minimum safe floor elevation for structures and roadway design in the city,” says Sabique Langodan from KAUST’s Red Sea Modeling and Prediction Group. “Yet with the wealth of wave and water-level observations and accurate bathymetry (water depth) near the coastline, combined with the advanced modeling and supercomputing capabilities available to us at KAUST, we extended the study to investigate the role that coral reefs play in modulating the wave climate of this reef-sheltered region.”

To accurately predict extreme wave heights, we found it necessary to model how waves transform as they pass across reefs and the shallow sea floor using long-term wave data. Many inputs go into the simulation, including a model of the physical wave transformation process, bathymetry, atmospheric forcing and sea circulation. Just as important, however, is the simulation architecture and the computational platform because they determine the resolution and accuracy of the results.

“We configured a high-resolution model using an unstructured grid, which allows us to vary the resolution of the model over the domain from 60 kilometer cells out to sea to cells as small as 60 meters near the coastline,” says Langodan.

The researchers used a coupled wave and circulation model to account for changes in wave heights resulting from variations in water levels and currents. They combined this with meteorological data derived from a high-resolution regional atmospheric model.

“Our high-resolution study allowed the minimum safe elevation in KAEC to be revised lower, from 4.0 meters to 2.3 meters,” says group leader Ibrahim Hoteit. “Although a relatively small drop, this leads to a saving of about 90 million cubic meters of fill material equating to about 500 million USD.”

However, the study also showed that the lowered safe elevation depends on the presence of the coral reefs located off the Red Sea coast. The reefs act as a natural breakwater to provide protection to coastal areas against hazards, such as wave runup, overtopping, flooding and erosion.

“The reefs reduce wave heights by half at the coastline,” says co-author Omar Knio. “Reef‐protected coastlines could still be at risk of larger waves if the coastal protection offered by reefs is reduced by coral degradation or sea level rise.”