A fine-grained view of dust storms 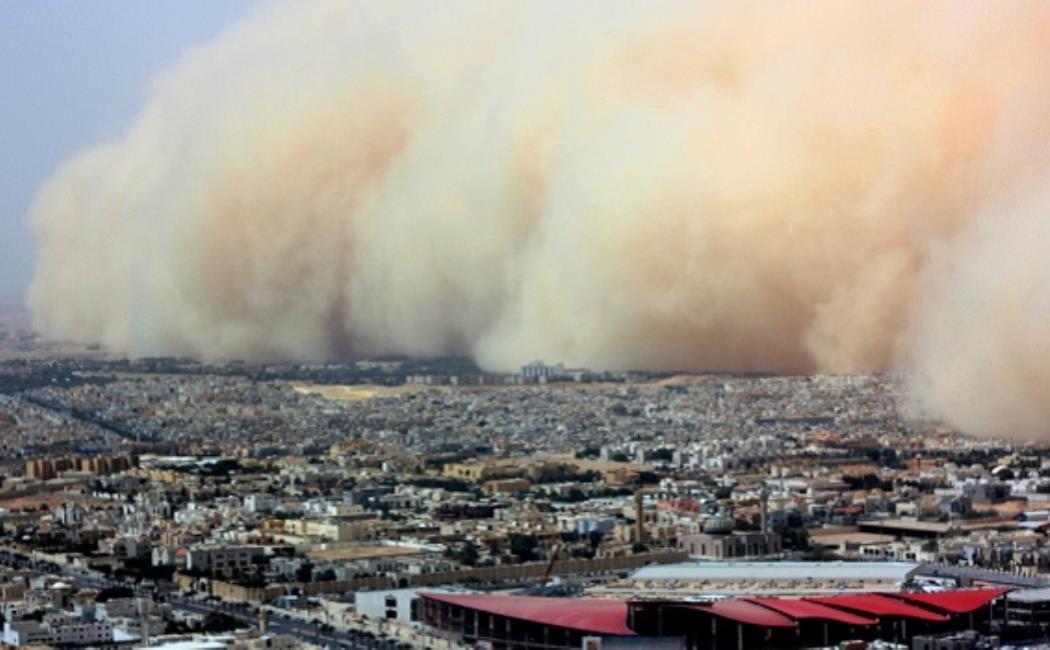 A fine-grained view of dust storms

A satellite-based dataset generated by KAUST researchers has revealed the dynamics of dust storm formation and movements over the last decade in the Arabian Peninsula. Analysis of this long-term dataset reveals the connection between the occurrence of extreme dust events and regional atmospheric conditions, a finding that could help improve weather forecasting and air-quality models.
Dust storms occur when strong winds lift tiny particles of sand into the atmosphere. These events often span several miles and can have an enormous impact on daily life, from damaging buildings and disrupting air traffic to triggering respiratory illnesses and other health problems.
The Arabian Peninsula is a global hotspot of extreme dust events, with storms occurring all year round, typically peaking in March and August. While previous studies that rely on ground-based measurements have explored how these dust storms form, few have captured in detail how they vary across the region.
“Comprehensive and continuous observations are needed to identify extreme dust events over the Arabian Peninsula,” says lead author of the study, Harikishan Gandham.
“Ground-based networks do not provide enough information,” explains Gandham. “We tried to fill this gap by analyzing long-term high-resolution dust data generated by satellite observations.” Gandham and his team used satellite data to analyze extreme dust events that occurred in the Arabian Peninsula between 2003 and 2017. To identify and track dust storms, the researchers used state-of-the-art algorithms to determine where they formed, their frequency and duration, and their spatial extent.
The researchers found a link between intensifying Shamal winds in the north and the formation of extreme dust storms in the Arabian Peninsula. These strong winds transport fine particles from the surrounding desert to the region, leading to thick clouds of dust that can reach altitudes of up to four kilometers above sea level and last for three days or longer.
A total of 49 dust storms occurred in the Arabian Peninsula over 207 days during the 15-year study period — these became more frequent from 2007 to their peak in 2012.
Following 2012, extreme dust events suddenly began to decline due to changing atmospheric conditions, such as heavier winter rainfall brought on by the development of a low-pressure trough in the Red Sea.
“This study generated and validated a much-needed long-term high-resolution dust aerosol dataset for the Arabian Peninsula and adjoining region,” says co-author Ibrahim Hoteit.

“Compared to other global data products available, our high-resolution dataset enables more accurate study of the variability of dust events over our region.”