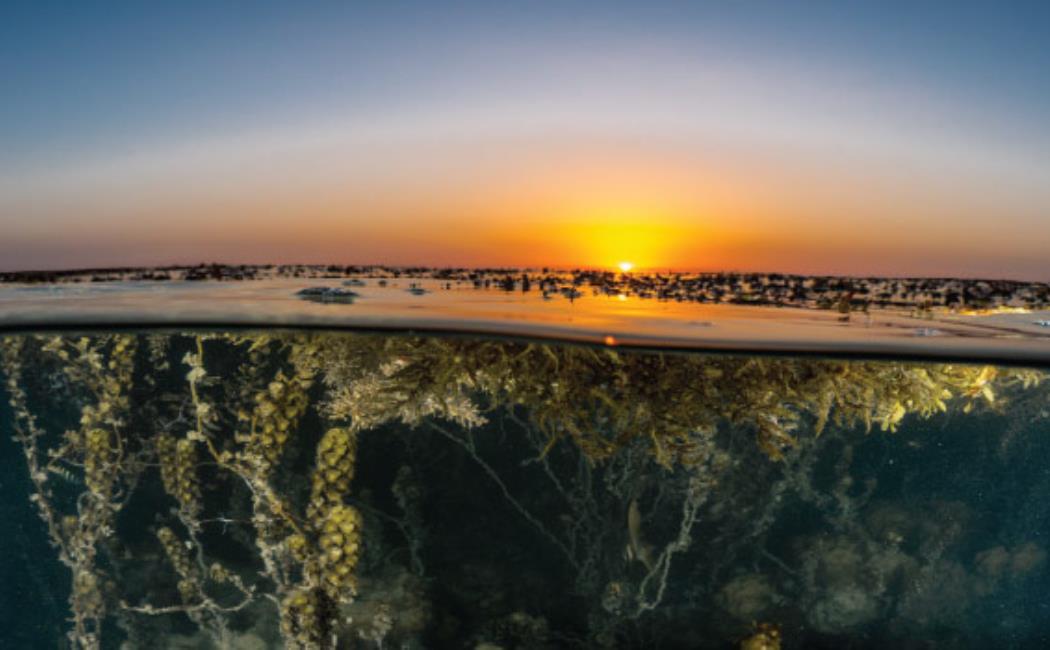 An atlas of harmful algal blooms across the Red Sea reveals their link with industrial aquaculture and how these blooms have changed in recent decades.
Warming oceans and anthropogenic pollution have led to more frequent and extensive harmful algal blooms (HABs) worldwide. These rapid surges in productivity occur when algae suddenly experience advantageous conditions, usually an influx of nutrients, and take over their environment, suffocating other marine life and spreading toxins through the food chain. These blooms harm wild and farmed fish and reduce marine biodiversity.
“HABs are a global problem,” says Elamurugu Alias Gokul, a Ph.D. student at KAUST, “and are often associated with socio-economic and environmental issues that affect public health, fisheries and aquaculture.”
The Red Sea supports the countries situated along its shores through its thriving coral reefs, excellent biodiversity and growing aquaculture industry. “Aquaculture is essential for the economic prosperity of the Kingdom of Saudi Arabia,” says Gokul, “but it is also a major source of marine pollution.” Despite growing concerns that HABs are exacerbated by climate change and aquaculture, there is a lack of studies dedicated to understanding their seasonal and interannual variability across the region.
Gokul and his colleagues analyzed high-resolution satellite data to map HABs across the Red Sea between 2003 and 2017. They studied changes in ocean color to determine the presence or absence of HABs and used remotely sensed concentrations of chlorophyll-a — a photosynthetic pigment in aquatic algae — as a proxy for phytoplankton abundance. As the researchers expected, most events occurred during warm summer months in the southern Red Sea, where they were also longer lasting (up to 32 days) and more widespread (up to 5000 square kilometers), possibly due to the monsoon winds that drive nutrient-rich waters from the Indian Ocean.
The researchers then focused on the area around NAQUA, the largest fish farm in the Red Sea, and compared variations in HABs with aquaculture production. Between 2002 and 2010, annual aquaculture output increased from around 4000 tonnes to 22,370 tonnes, and the average size of HABs near the site grew from 65 square kilometers to 392 square kilometers. “The high chlorophyll concentrations in the vicinity of the facility’s discharge point suggest that elevated nutrients from aquaculture waste have contributed to the spread of HABs,” says Gokul.
The team is already developing an algorithm that can distinguish between individual phytoplankton species. “This information is vital for understanding which species were responsible for past HAB outbreaks across the Red Sea,” adds Ibrahim Hoteit, who oversaw the research. “But we also intend to develop an automated remote-sensing system that can detect and report HABs in real time.”

These remote-sensing tools could help identify and monitor areas at higher risk from harmful algal blooms, particularly around aquaculture facilities, helping the development of a sustainable waste management plan that protects the marine environment and the future of fisheries in the Red Sea.