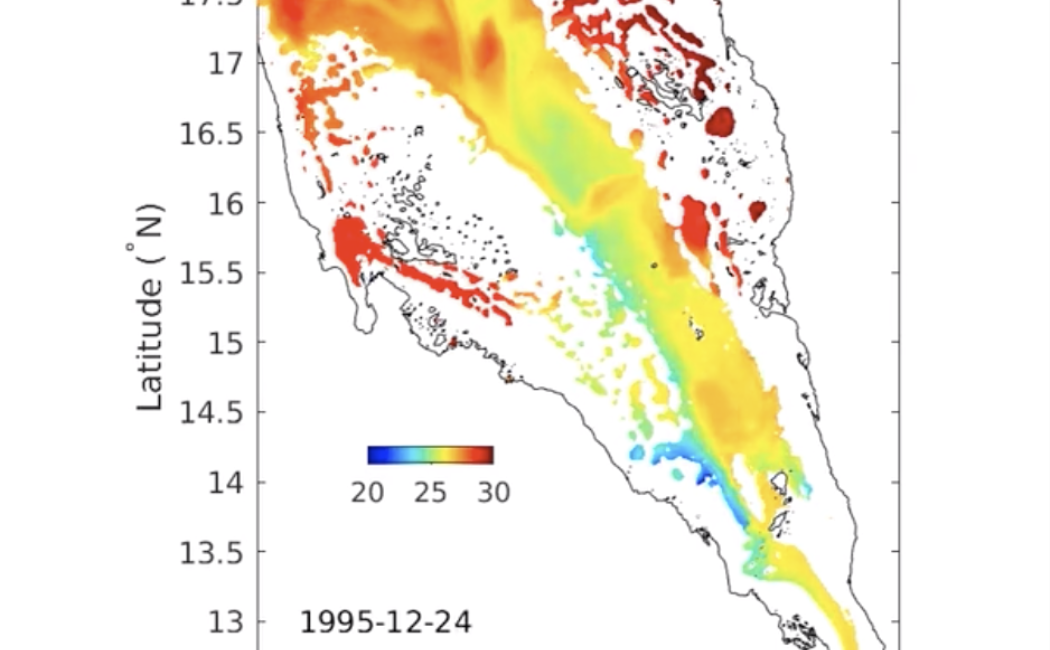 The water exchange between the Red Sea and the Indian Ocean through the Bab-Al-Mandeb (BAM) Strait, constricted by a narrow and shallow bathymetry, exhibits strong vertical stratification, vertical shear, and active tidal currents. As the only connection with the open ocean, the water exchange in the strait plays a fundamental role in shaping the Red Sea circulation and subsequently controlling its biological diversity and productivity. The water exchange in the strait influences the Red Sea circulation through the following processes: 1) hydraulic controls, 2) generation and propagation of baroclinic tides, 3) vertical mixing associated with strong vertical shear and internal hydraulic jumps, and 4) barotropic water exchange in response to weather fluctuations. Previous observational and modeling studies focused on the exchange flow through the BAM on the seasonal time scale. However, little is known about processes occurring on shorter and longer time scales.

This project focuses on studying the multiscale control processes of exchange flow through the BAM, with emphasis on: 1) hydraulic criticality, particularly under conditions of strong tidal currents, 2) the generation and propagation of baroclinic tides around the sill and their far-reaching effects on vertical mixing inside the Red Sea, 3) vertical shear instabilities and hydraulic jumps, both of which lead to mixing and modification of water properties of the inflow/outflow the stratification in the Red Sea, and 4) the barotropic water exchange process caused by the synoptic weather system and its relation to the short-term sea level fluctuations in the Red Sea. We are using extreme high resolution general circulation models, and observations at the BAM to shed light on the multi-scale processes of the water exchange through the BAM and their impact on the Red Sea general circulation on various time scales.